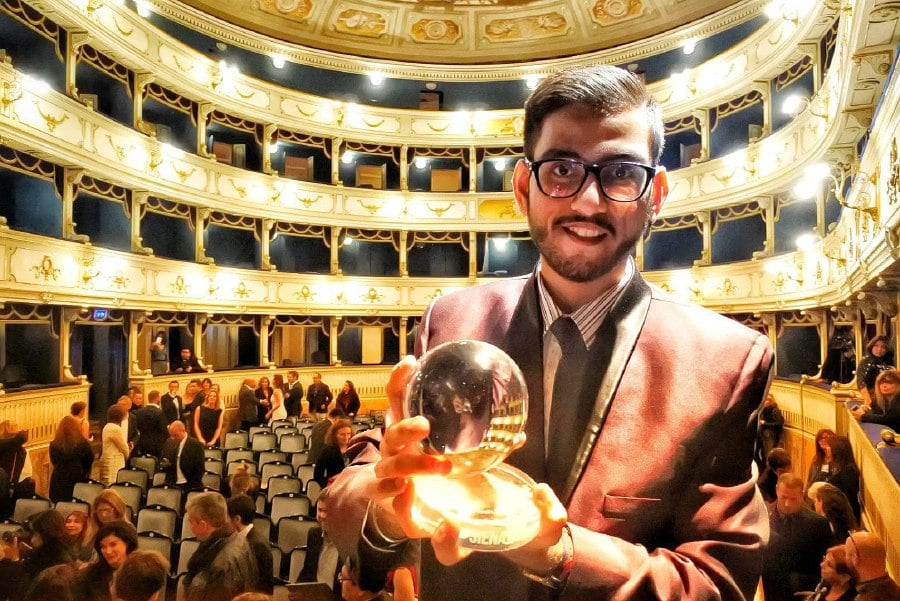 (File pix) Nermesh Singh won the Remarkable Award in the Under 20 Category of the Siena International Photography Awards 2017 held in Siena, Italy, on Saturday. Pix courtesy of Nermesh Singh

KUALA LUMPUR: A 20 year-old pharmacy student from Taiping has seen his love for photography reciprocated after he was awarded an international photography honour all the way in Italy.

Nermesh Singh, a second year student at the International Medical University (IMU), won the Remarkable Award in the Under 20 Category of the Siena International Photography Awards 2017 held in Siena, Italy, on Saturday.

He also emerged as the third place winner in the Open Colour category.

"It is not only a proud moment for me, but also for Malaysia," said Nermesh when contacted on Sunday.

The Perak youth said the Pangea crystal ball trophy was what first attracted him to join the competition.

Sharing his journey into photography, Nermesh said it all started when he was in primary school.

"I feel like photos are the best way to express and depict beautiful meaning, to show to the world," he said.

Self-taught Nermesh began participating in photo competitions and won several prizes when he was around 13 years old.

"I left photography after that for three years, as I was occupied with my studies and major exams.

"I started all over again when I was in university," he said, adding that he always refers to YouTube and online sources to learn photography techniques.

"I hope that someday, I get to own a Nikon dSLR with larger lens," he said.

When asked on tips for taking good pictures, Nimesh said, "Angle yourself while taking pictures. You will definitely find the magical meaning behind it."

Another Malaysian, dentist Dr Nick Ng, also won an honour at the award ceremony - he came in second in the Open Colour category, and bagged the Remarkable Award in Storyboard.